To invite other players to your co-op follow this link to post your
Co-op & Friends Ads.
Remember to provide as much information as possible, such as your Co-op name and tag, which plaform Windows, iOS, Android or Mac, and your regatta requirements.
Co-op Advertisements older than 30 days will be removed. Revisit the Discussions to create a new Co-op & Friends Ads.
Already in a co-op? Learn more about Regatta.

A co-op is a group of players who get together to chat, help each other with goods and participate in co-op events like the Regatta and Race of Champions. The Co-op Building is unlocked at level 19. You can rebuild it to create your own co-op or join an existing co-op. Co-ops can have a maximum of 30 members. All members can exchange crops and goods with each other, helping to develop their town faster.

Use the tab in the co-op building settings to create a co-op. Creating a co-op costs

1,000 coins. Choose your co-op's name wisely, as you won't be able to rename it. Please note: Playrix may rename your co-op if the name contains personal information or offensive words.

Then choose a unique badge and co-op type:

By changing the 'Open' status to 'On Request', you also prevent strangers from coming in to collect the Golden Pass/Ticket gifts of 5 T-cash and then leaving again.

There are a number of ways to join a co-op:

You can visit another player's town and learn more about their co-op by tapping the Co-op Building in their town.

All co-ops have a unique tag which can be seen in the co-op description window. You can use the unique 6-character tags to look for co-ops along with their names. Example Tag: #123456

The list of search results features the most active co-ops first which should help to find the right co-op.

Have you entered a new co-op yet?

You probably chose the new co-op because of the conditions that are listed in the co-op center. In any case, start talking about those conditions and that you understand them with the leader. Do you already have experience with Regatta and Race of Champions or not yet? Are you a fast racer or do you choose the more relaxed way? Discuss whether or not you will participate in such a co-op event during the first week. This prevents disappointment for you and/or your new team members.

Communicate with a Co-op before joining

If you are still in your current co-op, you could start a conversation by the co-op request button while you visit the new co-op leader's Town (button at the bottom left of your game). After that a window opens with the default text asking him to join your co-op, but that's not your intention! So you delete that default text and replace it with a text that introduces you and that you intend to join. Your message will appear in the leader's the Co-op Center's Inbox tab, and hopefully he/she responds in the same way, so your conversation can begin. Do not share personal information.

Invite Friends to Your Co-op

If you are a Leader, a Co-leader, or an Elder in your co-op, then you can send invitations to other players who are in your friends list.
People playing on iOS, Android or MacOS can invite each other. Windows players can only invite other Windows players. This is due to Mobile and Windows versions being on different servers.
To send an invitation, go to your friend's town and then tap the button in the bottom left-hand corner with your co-op's badge. The invitation will be automatically sent to your friend’s Inbox. They will choose to Accept, Decline or leave the invitation in their Inbox. If they keep an invitation in their Inbox, when you next visit their town your co-op's badge will be greyed out.

You can only be a member of one co-op at a time. If you are already in one, you will have to leave it before you can join another co-op. To leave the co-op, tap the Co-op Building and then the red "Leave" button. Once you’ve done so, you will be able to join another co-op or create your own.

Penalty for Leaving a Co-op

If you leave a co-op you will be given a penalty for joining new co-ops for a set amount of time. The penalty will increase if you leave multiple co-ops, and will reset completely to 0 min after 1 day (24 hours).

A co-op can have a maximum of 30 members, and each has one of the following ranks and access rights.
All players in a co-op have these basic rights:

The player who created the co-op or replaces a retired leader. Each co-op can only have 1 leader.

Assists the leader with running the co-op, and has most of the same rights as the leader.

Elders enjoy some rights which cannot harm the co-op's structure if not used correctly.

Your rank when you first join a co-op.

There are 10 forms, 27 badges, and 15 patterns to customize your co-ops emblem.
You can also race in regattas to earn 12 additional forms and badges for your emblem.

To see more information about the Co-op emblem and unlocking special items given for Co-op achievements go to the Co-op Emblem page.

Access the Co-op Building Settings by clicking on the co-op building which is near the pier/regatta/yacht club area.

First tab of the co-op building shows settings of each co-op member.

The co-op leader and co-leader(s) can send announcements to all co-op members by using the 2nd tab on the first tab in the co-op building. Co-op chat can only hold 99 messages, so sending an announcement to your co-op inbox can be more reliable. New co-op members cannot see announcements that were sent before they joined the co-op.

You can access the co-op inbox through the 2nd tab at the co-op building.
Messages in your inbox can include:

Co-op leaders and co-leader(s) can manage their co-op by accessing co-op settings through the 3rd tab in the co-op building. They can change the co-op description, emblem, level required to join, type, preferred language, regatta racing region, show co-op stats to the public and the lowest rank required to reserve tasks in regatta. If someone changes the settings, a notice will appear in co-op chat but it won't specify what was changed.

You cannot change the co-op name or the randomly generated co-op tag. They are permanent.

You can participate in co-op chat by clicking this button on your screen.

In co-op chat, you can see: 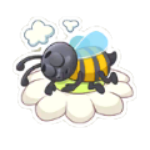 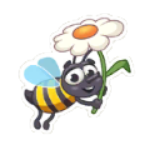 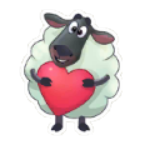 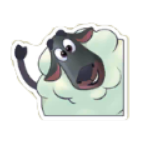 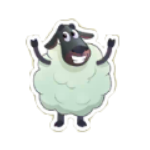 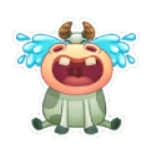 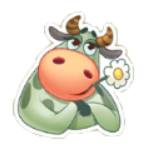 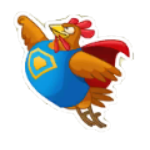 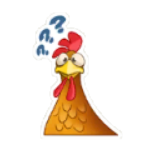 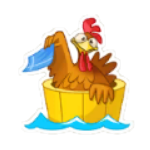 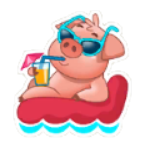 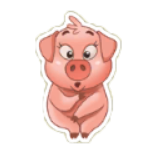 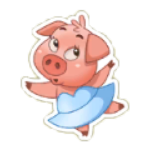 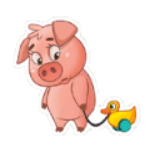 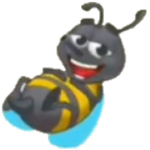 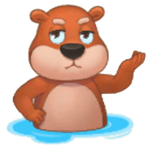 IT Duck
Professor's Experiments Event/3
May 2020 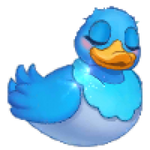 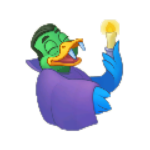 Even though Playrix is absolutely sure that Township players are all friendly and polite, any community may have a number of people deliberately insulting others. Players can turn profanity and other offensive phrases to * through Settings when other players create their towns, co-ops and chat using co-op chat. However, there's always a way out to avoid any filter. If you come across an offensive word, please take a screenshot of it and the offender's town and report it to Playrix Support Team.

The Co-op Center director Deborah is ready to share her knowledge on the Co-op creation. Enjoy!