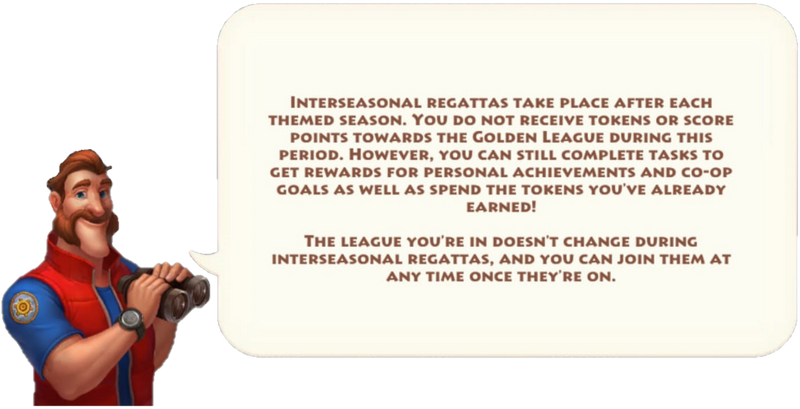 Differences to the normal Regatta 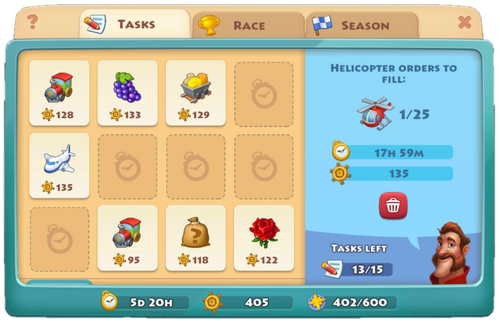 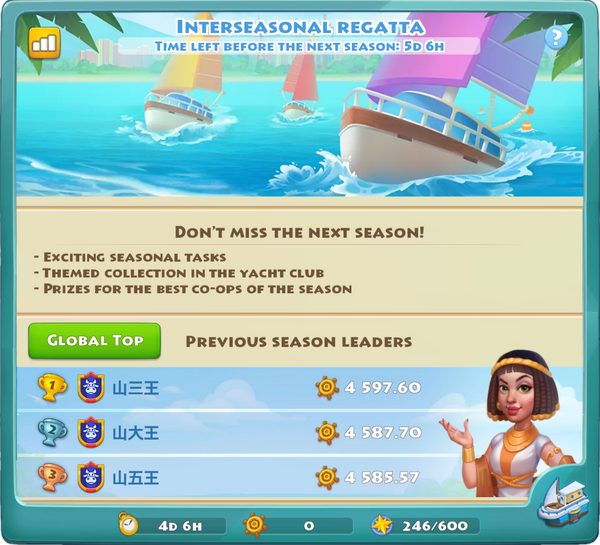 Task Board and Dumping

The task board contains 12 chests with 3 tasks each. The difficulty level of the tasks depend on the type of chest:

Any member ranked elder or higher can dump a chest that no one has picked a task in. Only leaders and co-leaders can dump a chest that someone has started/finished a task in. A dumped chest will randomly refresh after 1 hour. If you dump a task you took, the task goes back to the task board and any player can pick it. The player who dumped the task can take it again after 30 min.

A chest is removed from the task board when all 3 tasks are finished. It will randomly refresh after 30 min.

Every completed task counts towards the co-op rewards, no matter the type of chest or whether the chest was completed or dumped (see below). When a co-op goal is reached, ALL co-op members receive a prize. The prizes vary from member to member.