At level 29 you can restore the port for

8,000 coins, which takes two (2) days and gives 335 XP. After the repair of the port is complete you receive your 1st ship for free and unlock the Ship Captain's profile picture.

Tap the port to send ships to isles to get island goods. Each ship has a hold with three crates. Each crate can hold up to three goods. There's a 100% chance for the ship to bring back three of the 1st goods (peaches, grapes, bananas, and fish) from all islands, but there's lower chance of receiving the other two goods for each island.

Get exotic goods by sending off ships to isles. You can have a maximum of four ships. 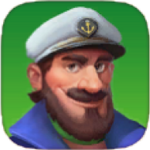 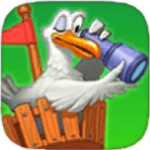 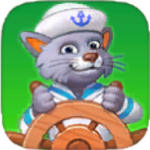 Captain Cat
Buy all
ships at the Port

There are four isles in Township and the first one available is Frutus Isle. Each isle gives three different exclusive goods. You can send ships by tapping the port or a ship, then tapping an island.

To discover new islands you have to reach the level requirement, and have the required materials and coins.

The first Isle, unlocked in Township is the Frutus (fruit) Isle, which is unlocked for free when you restore the port at Level 29.
At the Frutus Isle you can exchange coins or ingots to get peaches, watermelons and plums. The Isle market is run by Mustafa.

The Second Isle, unlocked in township is the Olivia Isle, which costs 2 shovels, 2 axes and 2 saws, unlocked at Level 35.
In the Olivia Isle you can exchange Ingots to get Grapes, Olives and Key Limes. The Isle market is run by Alessandro.

The Third Isle, unlocked in township is the Tropica (Tropical) Isle, which costs 4 shovels, 4 axes and 4 saws, unlocked at Level 41.
In the Tropical Isle you can exchange Ingots to get Bananas, Coconuts and Pineapples . The Isle market is run by Dominica.

The fourth and last isle, unlocked at level 52, is Fishermen's Isle, which costs 45,000 coins and requires 6 shovels, 6 axes and 6 saws to complete.
On Fishermen's Isle you can use coins and ingots to buy fish, shrimp and lobster. The Isle market is run by Harry.

Rewards found in the free daily chests include artefacts, coins, gems, goods, ingots, mining tools, building materials, expansion tools, and Township cash. In order to start getting artefacts in free daily chests, you need to send ingot with the ship at least once.

To increase the probability of rarer goods you can use ingots or upgrade isles at the Academy of Industry.

Sending Ships to each island takes a different length of time. You will need at least one ship to use the islands, and you can send multiple boats to the same island or different islands. Also you can reduce the boats travelling time to the islands by upgrading islands.